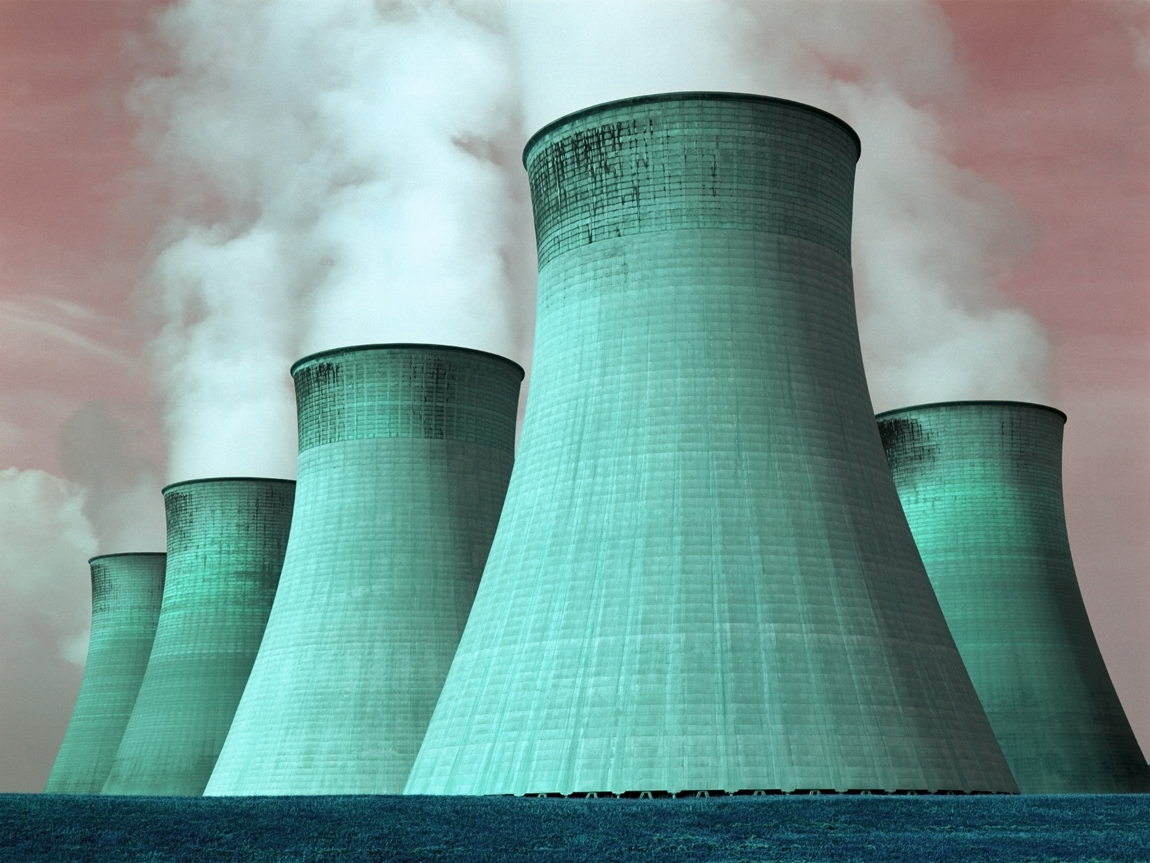 It is crucial to consider several factors, including operating costs and desired temperature, when determining what type of process fluid cooling system is right for your application. So, what are the similarities and differences between a fluid cooler and cooling tower?

What Are Cooling Towers?

Simply put, a cooling tower is a device that rejects heat. It takes in heat and puts that air into the atmosphere at a much cooler temperature, thanks to the cooling process of a water stream. You will generally find these large applications in chemical plants, nuclear power plants, HVAC systems and oil refineries. Cooling tower sizes will vary depending on location. The largest towers currently used measure more than 600 feet tall. These cooling towers, known as hyperboloid towers, are used mainly in nuclear power plants.

Cooling towers were initially developed in the 1800s, used for steam engines. By the time the next century began, many newer evaporative methods for recycling water were underway. These devices were especially popular in urban areas that lacked municipal water mains. The very first hyperboloid cooling tower was built in the Netherlands in 1918.

Here is a short list of common cooling tower versions:

A crossflow cooling tower, because of its design, makes the hot process water flow down the fill media due to the force of gravity. This occurs while the air blows horizontally across the falling water, which cools it down. The air flow, of course, is the reason why it is named crossflow. In these towers, water requires only gravity for downward flow since there is no other force going against its direction. Hot water basins are placed above the fills, allowing for the water to be evenly distributed.

In counterflow cooling towers, the hot process water flows downward on the fill media to continue its flow down to drain onto the cold water basin. In this model, though, the air will enter the tower in a lower section, compared to the crossflow towers. The air will flow upward, passing through the water flowing the fill, resulting in a cooling down phase. The pressurized pipes and nozzles are also placed further apart than in crossflow models, as to not restrict airflow to the tower.

These towers are used for HVAC and industrial applications in situations where a high cooling efficiency is not needed and limited space is available. Easy transportation and installation are the two biggest benefits of factory assembled versions. Factory assembled cooling towers are very popular models because they can be custom made to fit your industrial area’s exact specifications.

Most industrial plants enjoy the benefits of using forced draft cooling towers. These models are extremely powerful, yet economical at the same time. Forced drafts remove low-potential heat generated within the production process. A counterflow of air and hot water in the cooling fill will result in a transfer of heat. These are ideal towers for the chemical and paper industries.

An induced draft tower features a fan at the top of the tower which pulls the air upward. The fan then induces the hot, moist air out of the discharge. The end result is a powerful exiting air velocity, reducing possible recirculation within the tower. These models will prevent any discharged air to flow back into the air intake point.

What Are Fluid Coolers?

Fluid cooler systems are typically utilized in applications with warmer temperatures. These systems feature copper tubes with aluminum fins and fans, acting as a radiator used to cool the process fluid via ambient air. The coolest practical leaving fluid temperature is nearly 10 degrees warmer than the air entering the application from the outside.

Fluid coolers are not as efficient as cooling towers. They also come with a larger price tag and have a larger footprint, overall. However, once installed, these systems feature less maintenance needs than the average cooling tower. Typical operating costs of a fluid cooler fall between that of a cooling tower and chiller.