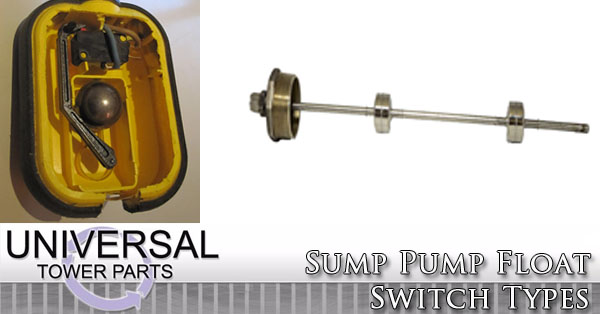 The sump pump float switch was designed to be used within basements, and many homes equipped them. A sump pit is a basin or container which collects the water that enters the home in the event a flood occurs. The sump pump is alerted by the float switch which causes it to begin pumping the water from the home.

How Do Float Switches Work?

Millions of homes have been saved by a float switch in places where flooding is common. It has avoided extensive amounts of damage to the homes due to the flooding. As the water level increases withinthe sump pump, the float switch will send an alert to the pump to start pumping out the water, and direct it away from the home.

Although the float switcheswork great, they do not last forever. For this reason, when you are choosing a sump pump you want to make sure you choose one that has a replaceable float switch. The float switch is an important element of the drainage system.

A vertical action float switches often said to be more efficient than a tethered float, but less expensive than a diaphragm switch. It is a ‘middle of the road’ style sump pump designed with a floating ball on the surface. As water levels increase, so does the ball, and when the sump pit reaches a certain level it will activate the float switch, which automatically starts the sump pump.

When it comes to float switches, the electronic switches are the best of them all. They are not only cutting edge and innovating; they are quickly becoming the future of sump pump switches.

These are designed to have piggy-back plugs which allow youto plug them into outlets. Then, you simply plug the pump directly into the switch plug.

Most of the designs do not have any moving parts, instead they use internal sensors which detects the level of water.

Once the switch has been triggered, power is transferred to the pump, which turns it on. When the water level decreases to a certain point, it will trigger the switch again, shutting off the power to the pump.

Not only is it the most efficient switch type, it takes up the least space and reliable when connected to the recommended power and amp requirements.

Thank you for reading “Sump Pump Float Switch Types”. Stay tuned for more from the experts at Universal Tower Parts or call us at (602) 997-0403