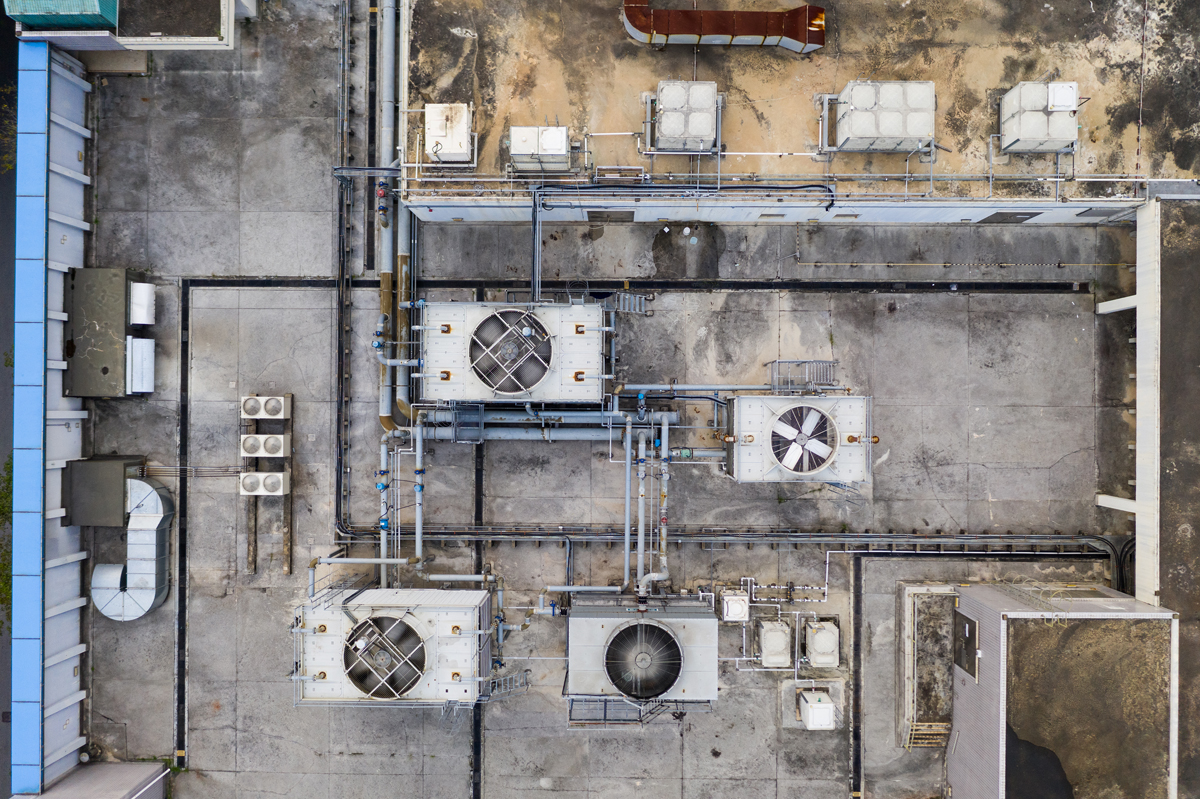 There are many similarities and differences between forced and induced draft cooling towers. To figure out which application is best for your industry, follow our guide below.

Industrial plants and factories continually opt for these cooling tower models for their many benefits. These towers remove low-potential heat that is generated during the production process. Hot water combined with a counterflow of air will result in a transfer of heat in the cooling fill. These models are especially popular in the paper and chemical industries.

These are the components that make up a forced draft model:

This type of cooling tower is a mechanical draft tower that usually features more than one fan. The fans can be found atop the cooling tower, bringing air upward against a strong downward flow of water. Water is then passed around the wooden decking, with the coolest water located at the bottom. There, the water comes into contact with the driest air since the airflow counters the flow of water.

The warmest water will be found close to the top of the tower, making contact with moist air. This will result in a quick and efficient heat transfer. These towers come in either square or round shapes, distributing water through a static branch or sprinkler system.

Incoming water will be spread throughout the tower via a spray distribution header. Spray is directed downward, which maximizes the chance of water and air making as much contact as possible. The cooling water fill is responsible for creating contact. Induced draft models are generally accepted as the most effective solution to the any industry’s cooling needs.

These components make up an induced draft cooling tower:

How do forced draft towers differ from induced draft towers? Induced draft towers will have a fan atop the tower, which pulls the air upward. The fans will then induce the hot and moist air out of the discharge. A powerful exit air velocity then reduces any possible recirculation within the tower. The main goal of induced models is to eliminate any discharged air flowing back inward to the air intake area.

Forced draft cooling towers will feature the fan at the base of tower, instead. Both axial and centrifugal fans will then create the overpressure.